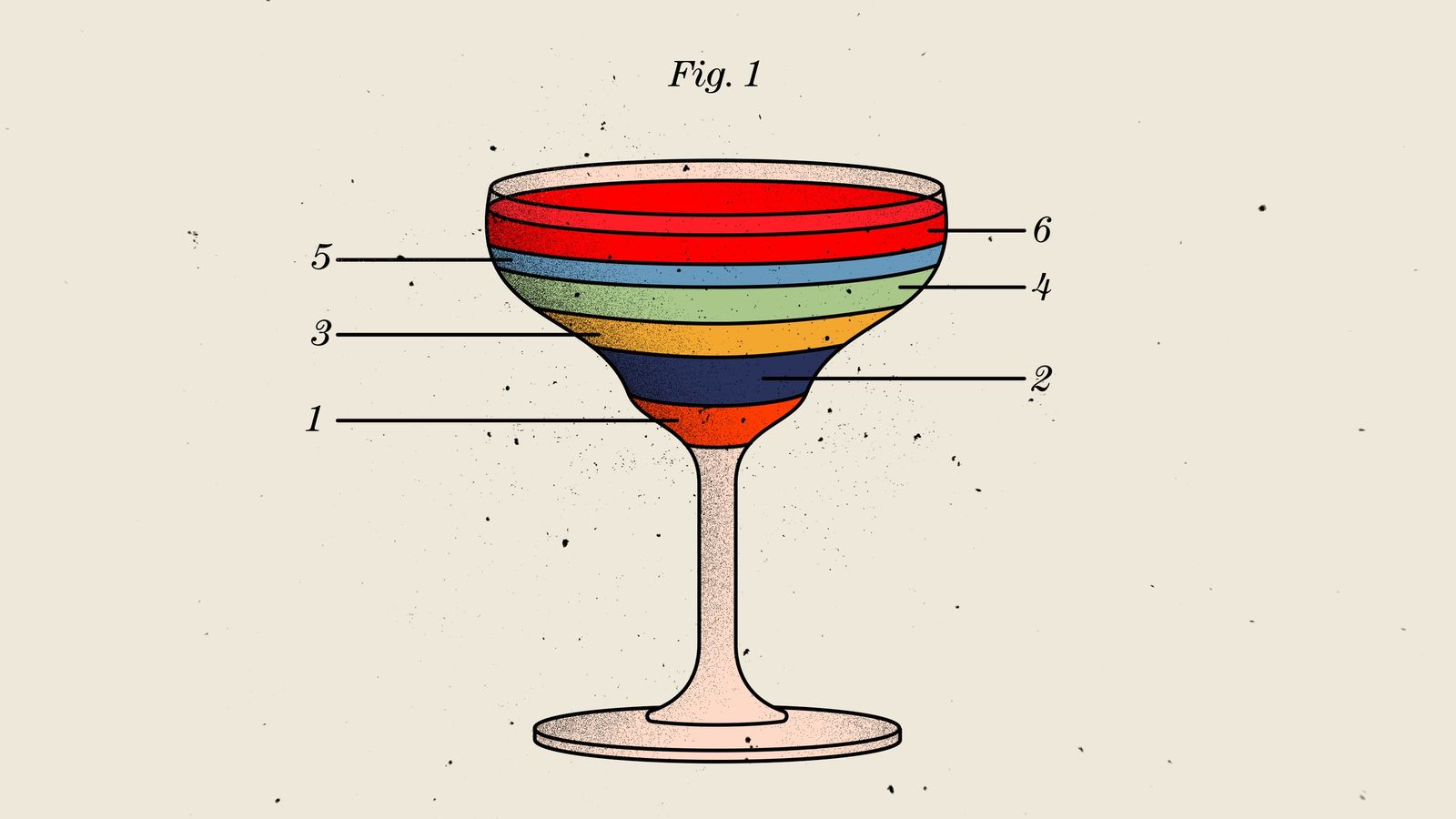 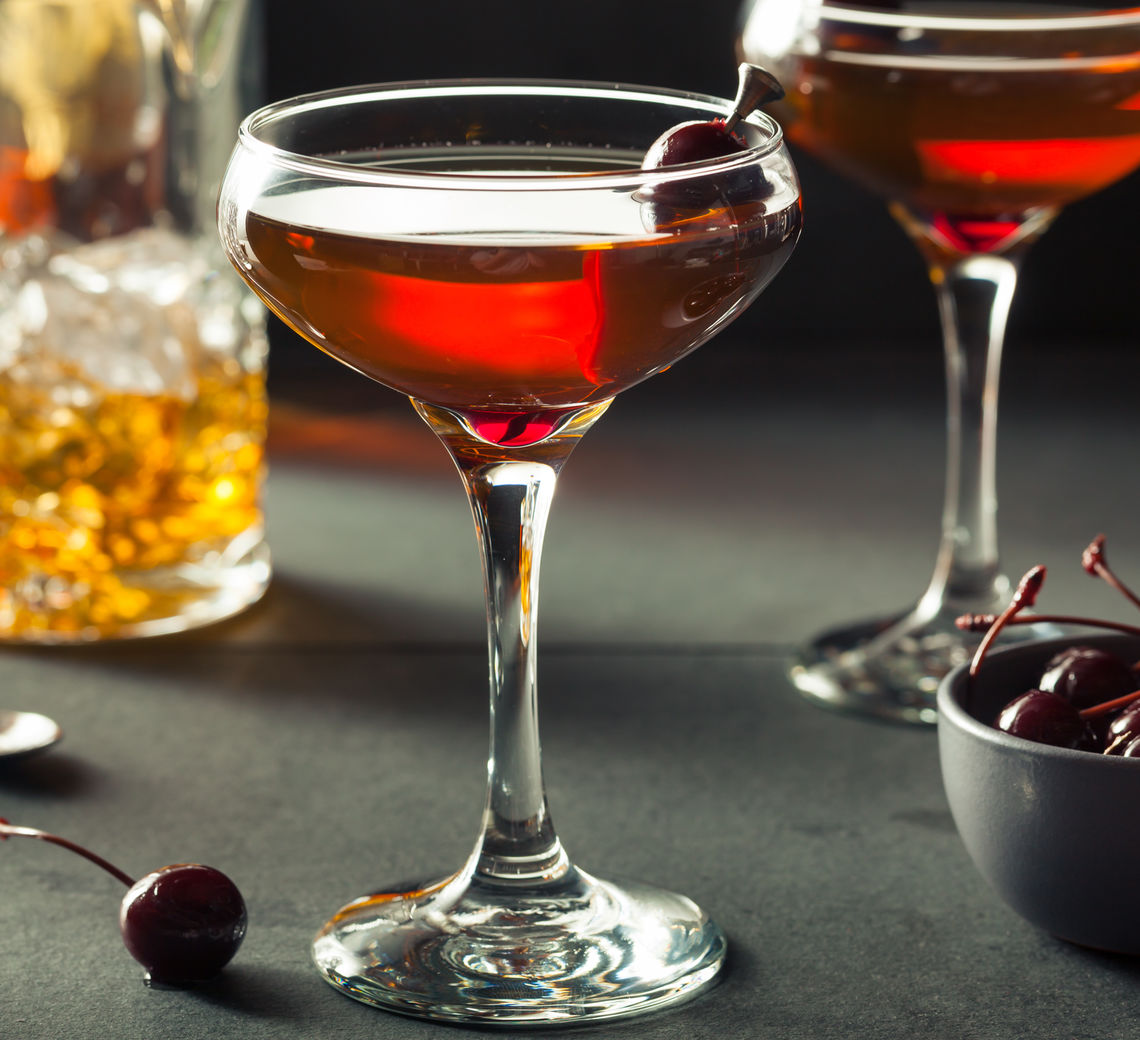 When you think of whiskey drinks, you probably don’t think of Martinis. And yet, that’s just what a Manhattan is, more or less: a Martini made with rye whiskey.

Cocktail Codex, a new cocktail book from esteemed bartenders Alex Day and David Kaplan (written with Nick Fauchald), isn't just another book full of cocktail recipes and stories about cool, hard-to-get-into bars. It educates its reader on how to build cocktails by tracing their DNA. By looking at the root formula of a drink, what can we learn about it? And where can we take it? These are important questions for people interested in learning how to riff on classic cocktails at home. And in the case of the ever-popular Manhattan—arguably the perfect cold-weather sipper—it takes understanding a Martini in order to take the whiskey drink to the next level.

What Is a Martini, Though?

According to the Codex, a Martini is the balance found between “a high-proof spirit and an aromatized wine.” Despite the fact that Manhattans likely predate Martinis, the book focuses on the latter because of the simpler formula: “There’s less to hide behind.” In either drink, though, the key is balance. You’re talking about a “highly spiritous” (read: boozy) cocktail that still tastes smooth.

Despite what James Bond would have you do, you've gotta stir it, for about 20 seconds. This is where the magic happens with the drink's texture: the Codex suggests you run a little experiment, stirring and tasting at 10 second intervals, if you’re curious as to why.

What Should You Serve It In?

Codex acknowledges that the martini glass is an icon, but unfortunately not the best vessel for drinking actual martinis. Instead, go for a Nick & Nora: it holds less liquor, meaning your drink stays cold until you’ve finished it, and even longer if you chill the glass first.

Does the Garnish Make a Difference?

It sure does, mostly with aroma. Time for another experiment: Codex suggests trying a Martini with an olive, an onion, a lemon twist, an orange twist, and a lime twist in order to see how the experience differs. (Don’t drink five Martinis in a row, though, yikes. Just small tastes.) When it comes to the Manhattan branch of the family, you might try a brandied cherry, an orange twist, or even a mint leaf.

So What Happens When You Use Whiskey?

Colder weather has rudely shoved us into whiskey drinking season, and so we turn to whiskey and the Manhattan branch of the Martini cocktail family. A classic Manhattan uses rye whiskey, sweet vermouth, and bitters, but that’s just the beginning. Below, the Codex recipe for a Manhattan, and an example of what happens when you change things up: the Old Pal, made with rye, dry vermouth, and Campari.

A Manhattan is basically a Martini that uses rye whiskey rather than gin, and sweet vermouth rather than dry. The yang to the Martini’s yin, it nicely demonstrates how altering one element of a cocktail generally calls for other adjustments. Aged spirits, especially higher-proof ones, need to be paired with modifiers that can support their intensity without being smothered. If we were to simply substitute rye whiskey for gin in a Martini, the rye would overshadow the vermouth. Classic Angostura bitters connect the peppery rye and sweet vermouth, and offer yet another avenue for exploration, as you’ll see in some of the variations that follow.

You have already chosen a delivery method for this product. The original method will also be used for the new items.

Sorry, your browser is out of date
The web browser you are using is too old to view this site. Please update your browser or use Internet Explorer 11 or the current version of Microsoft Edge, Firefox, Chrome or Safari. Thank you!